Everything about home automation

Zigbee and Matter on ESP32-H2

Writing to file on RAM disk on Raspberry Pi

How to enable hardware WDT on ESP32 using Arduino IDE 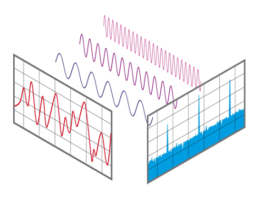 Espressif announced earlier this year the release of their first Zigbee, Thread and Matter compatible SoC, the ESP32-H2. This is great news for makers that were relaying on (expensive) third party Zigbee sensors for their projects. With this new addition, the Espressif SoCs now cover all the main wireless communication protocols and enables the development of a new range of IoT applications.

ESP32-H2 is designed mainly for low power IoT end devices and it does NOT support WiFi. It only comes with IEEE 802.15.4 radio (Zigbee/Thread) and Bluetooth 5 (LE) connectivity. Together, these two will also enable Matter protocol that is supposed to be the future of low powered smart devices.

At this moment there is no datasheet available for ESP32-H2 and Espressif only released the SoC stack below.

Being able to write Zigbee applications in Arduino IDE will take a while. It usually takes around 6 months after the chip is released for code to be ported for Arduino. Once released, the code is usually available on the official github project from espressif.

For those using esp32-idf, some sample code is already available and once you get your ESP32-H2, you will be able to write Zigbee applications. The sample code can be found here.

Is Matter going to replace Zigbee?

Matter is the new industry unifying standard for inter connected devices created by the formerly Zigbee alliance (now called Connectivity Standards Alliance) and designed to replace the zigbee and z-wave protocols. Some of the big companies that are supporting Matter are Apple, Google, Amazon, Facebook, Ikea, Xiaomi + many others. This is probably one of the fewest standards supported by all the tech giants and it will allow interconnectivity and compatibility between all IoT devices. In the future I expect Matter to be integrated in all home smart hubs like Alexa or Google Home that will also act as coordinators.

Matter is basically a better version of Zigbee and designed by the same people. Even though it is using the same RF layer IEEE 802.15.4, Matter is an IP-based protocol built on top of Thread, which is incompatible with Zigbee. Considering that all the big players in the industry that are currently having Zigbee devices (Ikea, Xiaomi, Philips) joined Matter, it will be hard to believe that they will be supporting two different protocols. This means that in the next few years all the Zigbee devices will become obsolete and eventually will have to be replaced.

Knowing that the hardware for Zigbee is compatible with Thread, one upgrade possibility would be that manufacturers send OTA firmware updates with the new Thread protocol. This would require quite a bit of resources and development on their side and it will also disincentivize people from buying new devices, so I don’t think it will happen. Unfortunately people can not upload their own firmware to the devices since these are signed and encrypted by the manufacturer.

When will ESP32-H2 be available?

The ESP32-H2 is expected to be available in the second half of 2022. However, considering the current chip shortage and the supply chain issues, it might take a few more months.